1.What do you do? – Class with Andrés Duque.
Commentary on Hito Steyerl’s response anytime she is asked about what she does:
1a. Mov files
1b .jpeg files
1c .gif files

2.Permanent change is our only reality – Boris Groys: In The Flow

5.The image that survives the work of destruction is the image of the destruction. (Malevich) Boris Groys: In The Flow

6.Go and stop the progress. (Malevich) Boris Groys: In The Flow

11.X = XL The projection of the dimensions constitutes an index of the attitude towards both the image and oneself. – Harun Farocki – Distrust the Images

14.
Being paper
Being cardboard
Being film
Being a city
Being subtitle
What is it today?

20.The Definition of Place – Gordon Matta-Clark, Book of the Reina Sofia Museum.

21.
Filming in 8mm
Parsing
Making violence
Make books from copied lines, such as cinema quotes
Make real drawings
To be as R & G, as H, as H, as A, as M, as M, as P
Make something pornographic as Antonio
Make a cardboard
Make posters
(Things to be an artist)

22.The shot/reverse in cinema is the spectators. 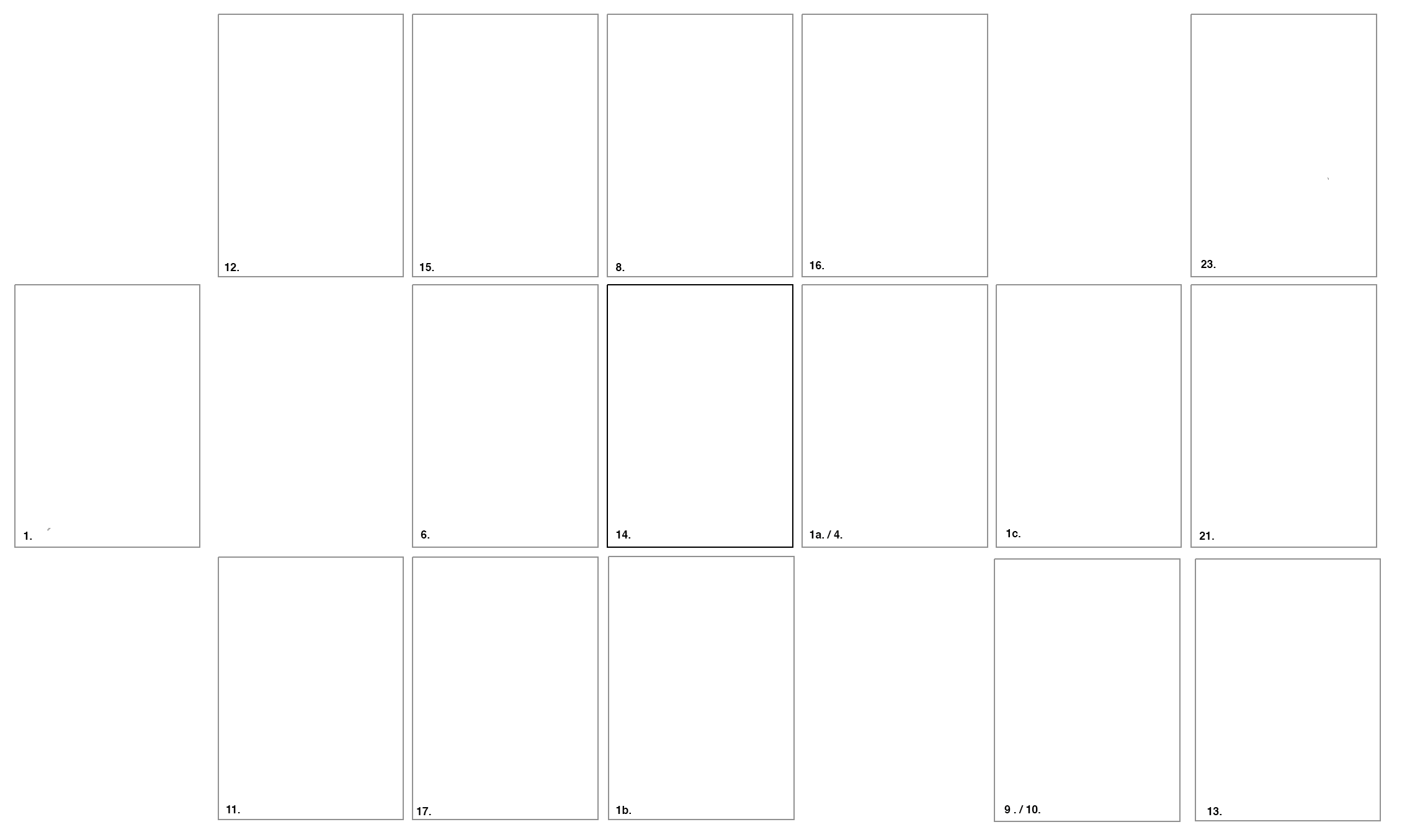 
In Madrid, I feel I am bamba(1) and I get to know that Lima is bamba. Now I understand colonization, but I also understand what we want to be. If Madrid, as a city, means progress compared to Lima, then there is no progress. There is only something closer to consumption.
What do you do? I make posters based on short words that I have heard, which have boomed in my head as clues to some sort of clairvoyance about cinema, a word that makes me understand why cinema does act as an explosion in our minds.
How do I eat Madrid and vomit Lima? How do I eat the cinema and then vomit?
Filmic Anthropophagy is built from a series of phrases; copied, invented, read and digested subtitles, from ideas about the spectators and the cinema.
I choose to invert the screen; that is, the empowerment of the image by the crowd. Instead of being eaten by the image, we eat it; so it is now the screen that is watching us. I aim to conceive this act of appropriation of the spectator as a sort of resistance, as an emancipation of the image.
I propose to rethink our position as spectators: not acting as consumers but as active agents, devourers of images. Not as an alienated mass, but as a crowd capable of seize power. This work is created from text. We have to think of cinema not from the images, but from the thought about them. (2)
1 .product that has been faked or is not original
2. I began to digest all this in October 2016, while I was studying in a master program of experimental cinema in Madrid. 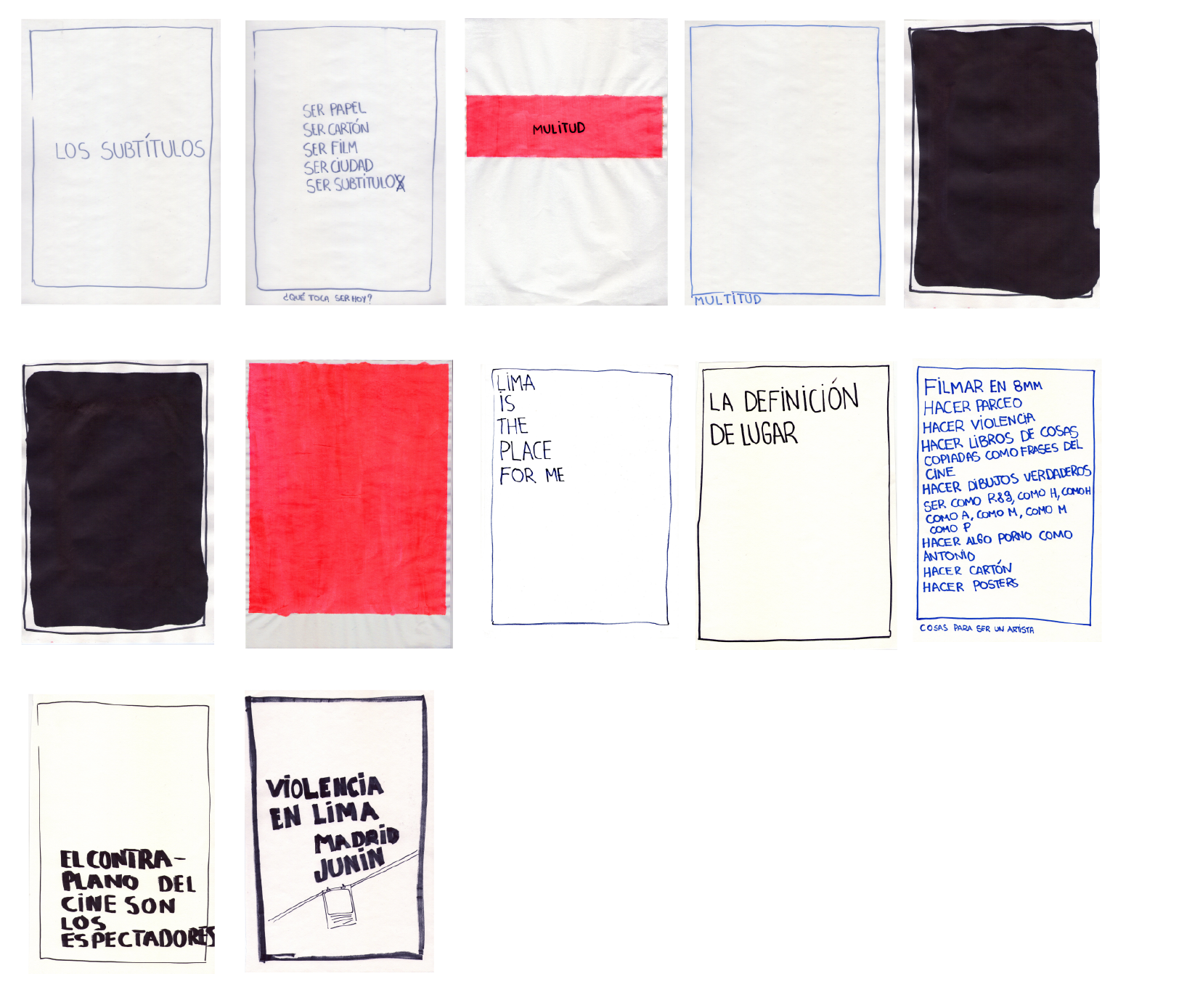 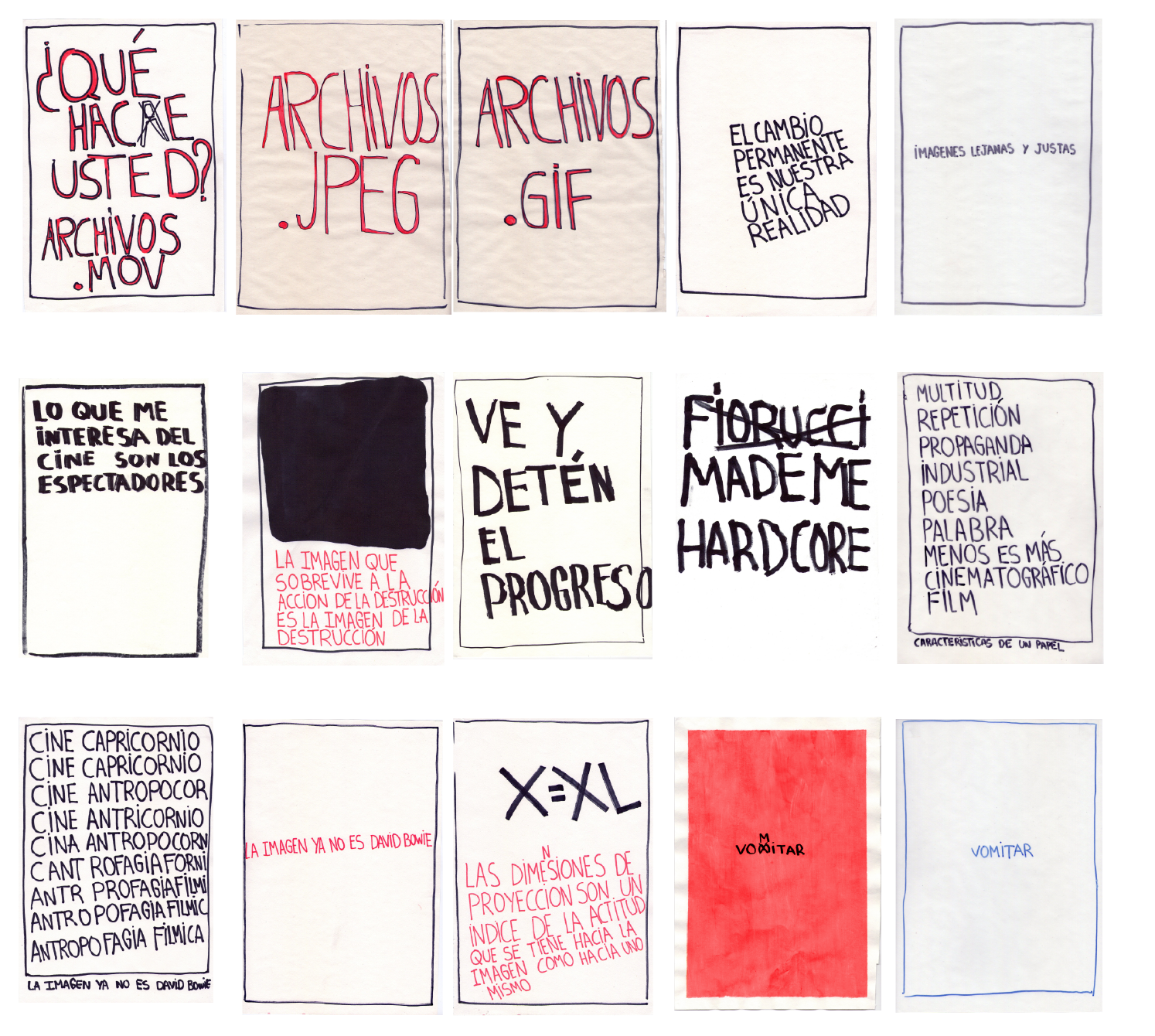 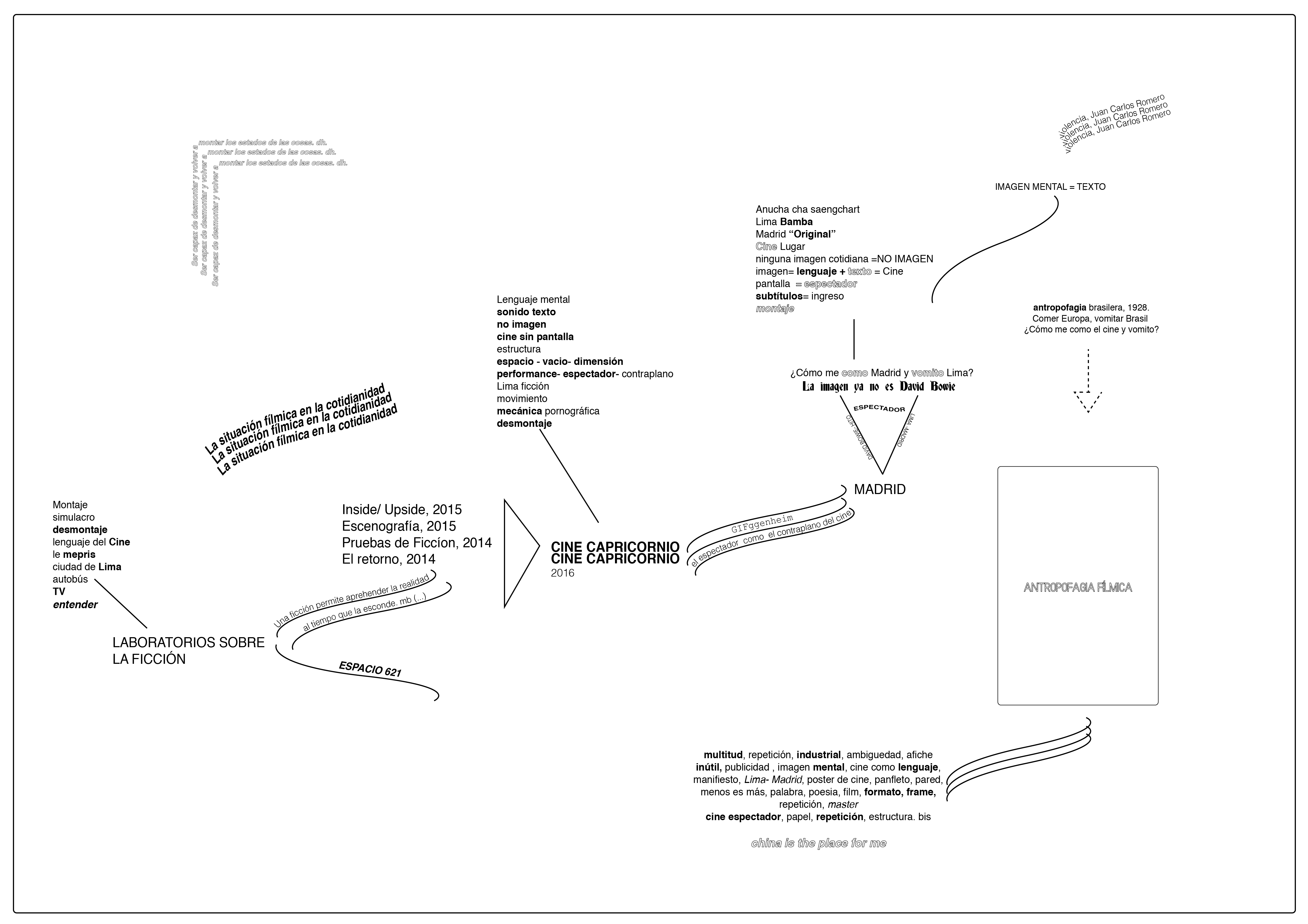