À rebours, la ville compte 2021
As a breach in the markerization of the countdown that the Advent calendar embodies. Three artists are invited to play with this Germanic cultural custom that has become a commercial convention, to subvert the commercial smoothing of time, to go beyond its impersonal character to put in anecdotes, stories, and the faces of today's saints. One can see a possible echo to medieval calendrical forms, like the Codex Guta-Sintram, a 12th century Alsatian manuscript. Their works will be disseminated in the city in various forms: bags with bread sticks distributed in bakeries, real estate panels hung in the windows of Strasbourgeois volunteers, and finally gift paper offered to partner businesses.


Liturgy of Labor
For Regionale 22, Marisabel Arias proposes a reinterpretation of the liturgical association between a saint and the days of the year of our current calendars, and already at work in the Codex Guta-Sintram. In her work Liturgy of Labor, Marisabel Arias hijacks the form of the Advent calendar, the 24 days becoming a tribute to the actors of Christmas in Strasbourg (craftsmen, shopkeepers, technicians, security guards) met by the artist in their their workplace. These 24 names are thus gathered in a new work, printed on gift paper and distributed in partner stores. The support - widely used during this end of the year - will allow end of the year - will allow individual destinies to meet others in the intimacy of Christmas gifts.
Beyond, it is a human presence that the artist wishes to give a human presence to commercial gestures and thus to give an artistic existence to professional activities.

The Regionale is a unique cross-border project. Each year, nineteen institutions from three countries (Switzerland, Germany and France) introduce artistic views from the Basel region and the tri-national region (Northwestern Switzerland, Southern Baden, Alsace).
The Regionale, which was launched in 2000 as a result of the traditional Christmas exhibition at the Kunsthalle Basel, serves to promote and intensify the dialogue between artists, cultural actors and institutions on a trinational level.

À rebours, la ville compte on the exceptional support
of the Goethe Institute and fund for and alternative broadcasting of the Ministry of Culture.

CEAAC is supported by the Région Grand the City of Strasbourg, the DRAC Grand Est and the European Collectivity of Alsace.
The CEAAC is a member of the networks Plan d'Est - Pôle visual arts Grand Est and Arts in residence.
wrapping paper roll, offset printing, 5m x 90cm.
View at CEAAC, 2021, Strasbourg. 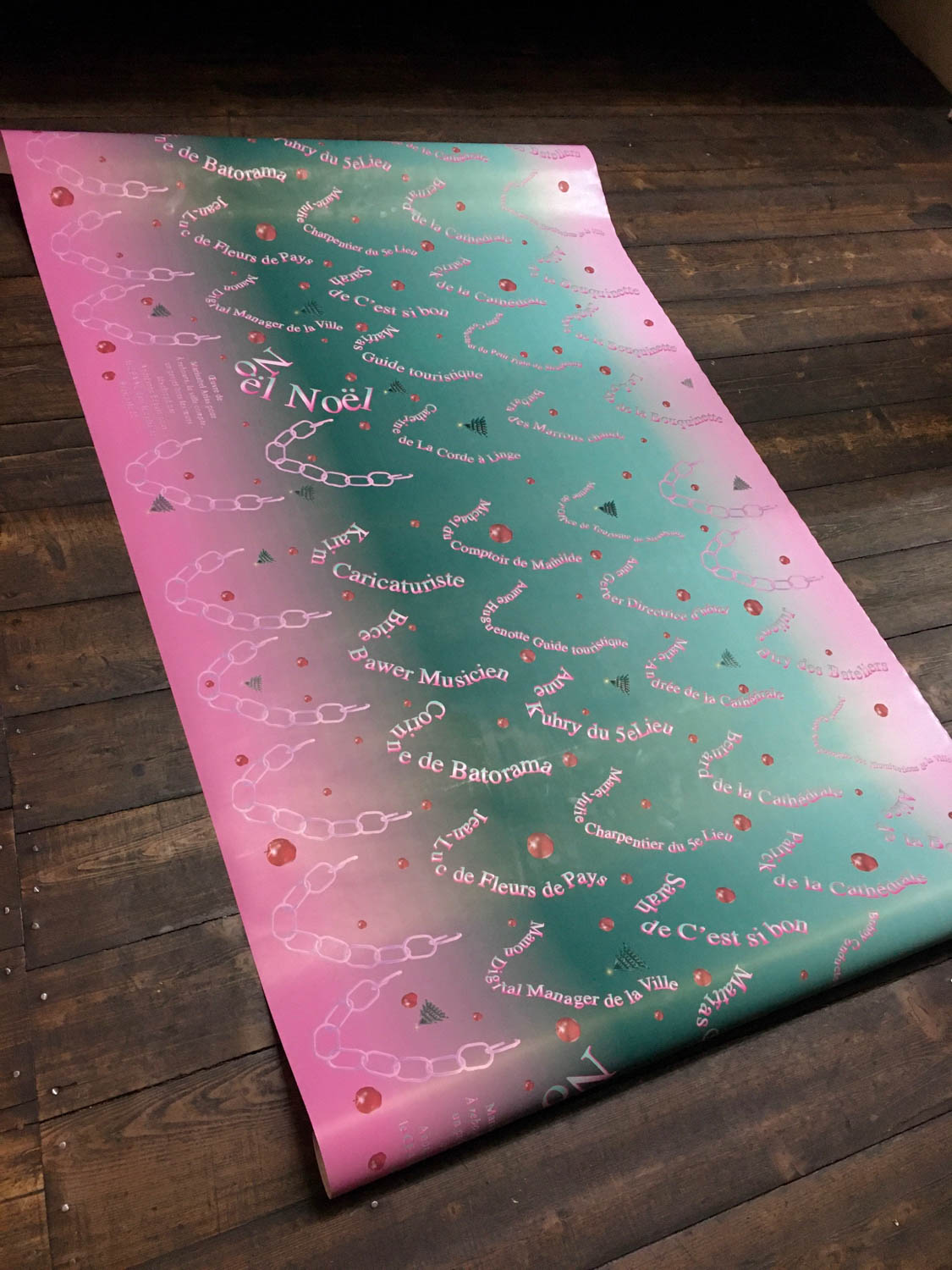 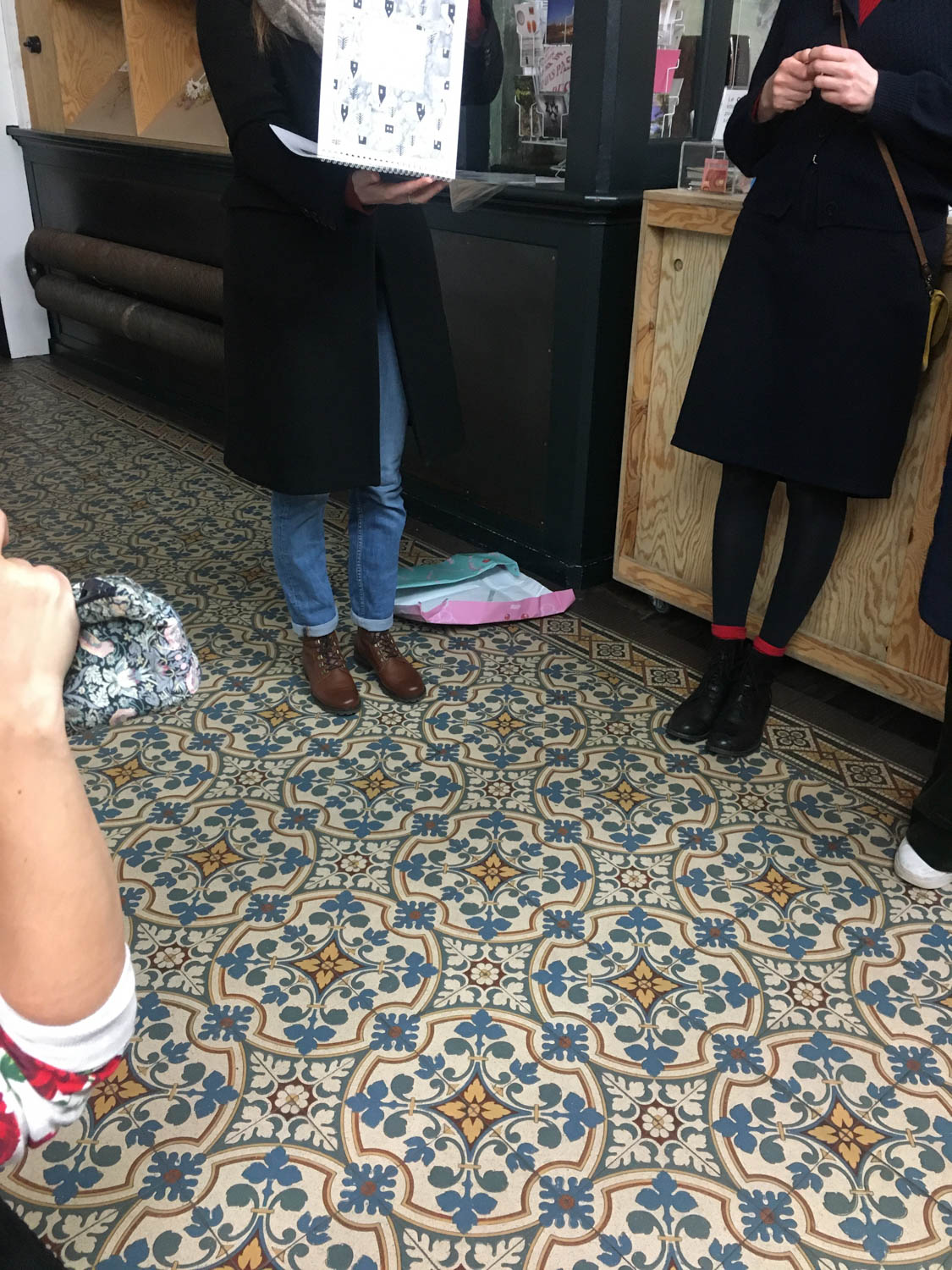 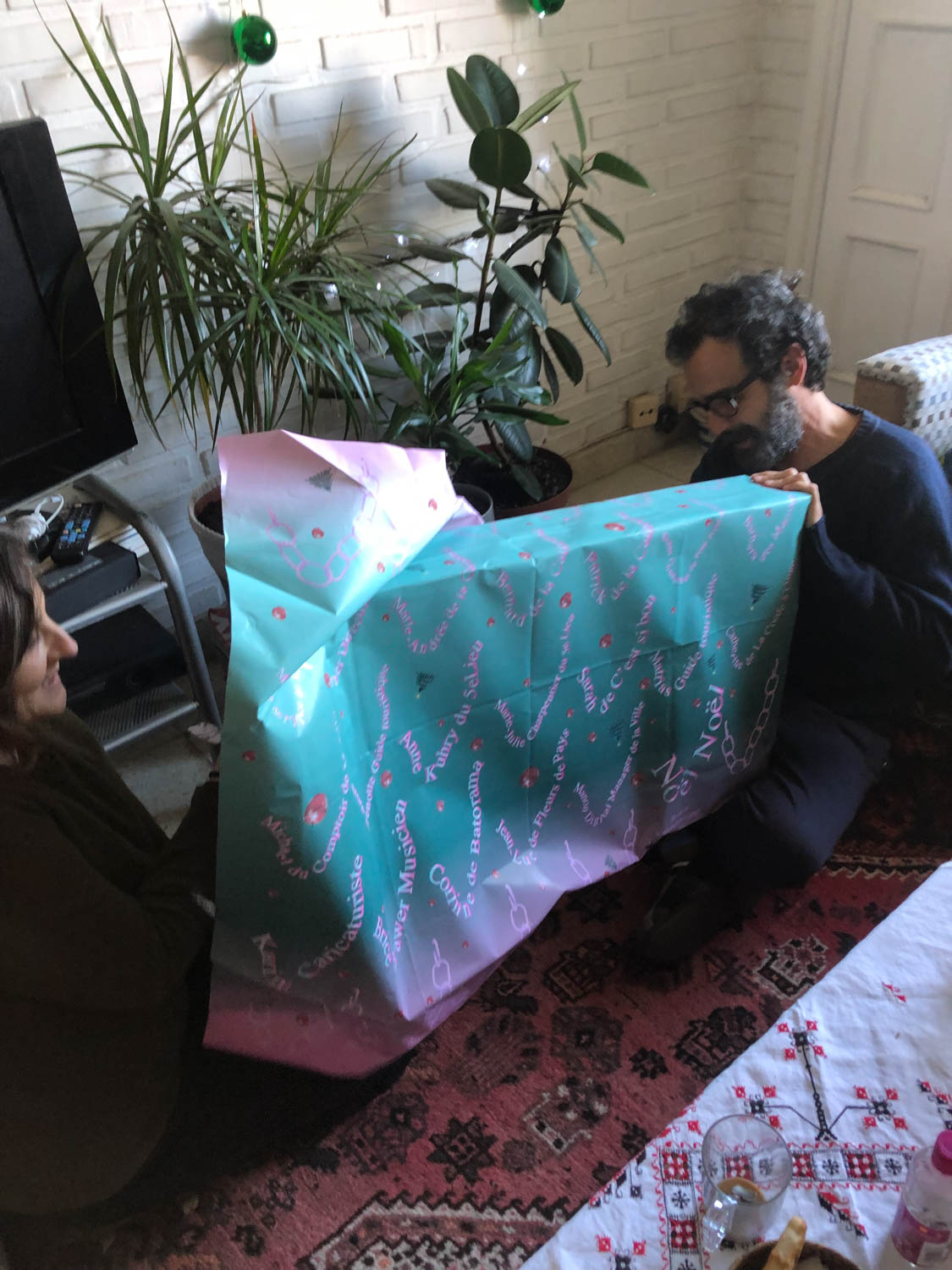